In regard to basement foundation problems, hydrostatic pressure can best be described as the constant force of water pressure being exerted on the basement walls. When water pressure increases, so does the potential for leaks into your basement—water always finds an opening. Concrete foundation basement walls are highly vulnerable to the intrusive effects of hydrostatic pressures, and, if not managed properly, this can cause water to find its way up through the cove joint (where the wall and floor meet) or through cracks in the slab floor or foundation wall of your basement or crawl space. Hydrostatic pressure can also drive groundwater into the basement through gaps and cracks in your home’s masonry.

As a general rule, hydrostatic pressure increases as subsurface depth decreases due to the increasing weight of earth and gravity generating downward force from above. The deeper the foundation and the wetter the ground conditions (such as those caused by periods of hard, heavy rainfall), the greater the risk for structural damage or water seepage.

Hydrostatic pressure is the outward and downward pressure caused by standing water pushing against any object or surface that blocks it—in this case, your basement walls. The pull of gravity against standing water is relentless, causing the water to push hard against anything that restricts its flow. Water is a dense substance, weighing in at about 60 lbs. per cubic foot of volume, and it is capable of generating immense hydrostatic pressure when a large quantity of it is prevented from following its intended downhill course.

When the underground sections of a home block the natural movement of groundwater, heavy rainfall can cause the soil to become overly saturated, and foundation slabs and basement walls become stressed by thousands of pounds of unforgiving hydrostatic pressure. Hydrostatic pressure has been naturally occurring in your home for many years at a slow pace. However, the longer the soils stay saturated around your home the worse your basement flooding problem will become, increasing in severity over time.

Some visible signs of moisture problems due to hydrostatic pressure in your basement are:

Basement waterproofing can be broken down into three categories:

Homeowners can be faced with the dilemma of choosing between waterproofing contractors who differ in opinions on the source of the problem and the techniques that should be used to remedy it. Some unsuspecting homeowners are lured into the belief that applying waterproof paints or compounds to the interior foundation walls will end their water problems, but these coatings deteriorate over time and simply can’t handle the hydrostatic pressure exerted on the wall.

A properly installed and maintained basement drainage system removes water before it has a chance to rise above the level of the basement floor. Water is then diverted to a sump basin recessed in the floor where a sump pump discharges it to a safe location to the exterior. Depending the age of your home, this type of basement waterproofing system is usually installed along the exterior portion of the building’s foundation during its construction. However, interior systems can be installed or retrofitted when an exterior drainage system doesn’t exist (due to the age of the home), fails, or becomes compromised in a way that restricts its function.

The most effective interior drain tile waterproofing system is a channel or trench drainage system that is installed along the outside wall(s) at the correct depth along the footing or the lowest point on the foundation wall under the basement slab. This procedure generally requires the removal of approximately 12 to 18 inches of concrete slab where the floor and wall meet, and the excavation of subsoil at the side of the footing. Drain tile in the form of perforated piping surrounded by wash stone gravel is laid parallel to the footing with a slight pitch that leads to a collection tank where a sump pump is located to discharge water. The sump pump is critical to this method of installation because it is truly the heart of this waterproofing system—it is the most important component in keeping water out of your basement. A battery back-up pump or combination system should be installed to prevent failure during power outages, the sump pump basin should have an airtight cover, and all discharge pipes that penetrate the exterior wall should be properly sealed to prevent moisture from escaping the pump basin. Finally, the floor is then re-cemented, sealing the open trench with the piping system effectively underneath and relieving the pressures around the home. 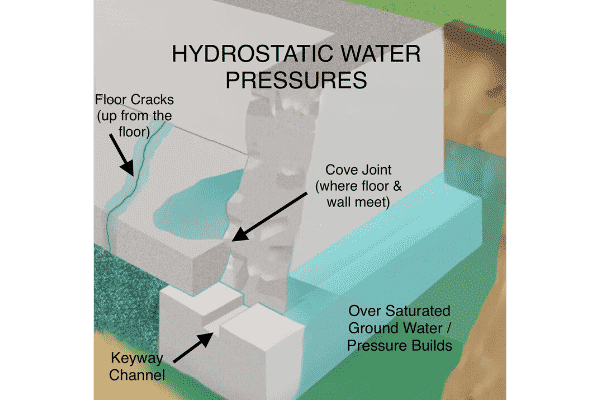 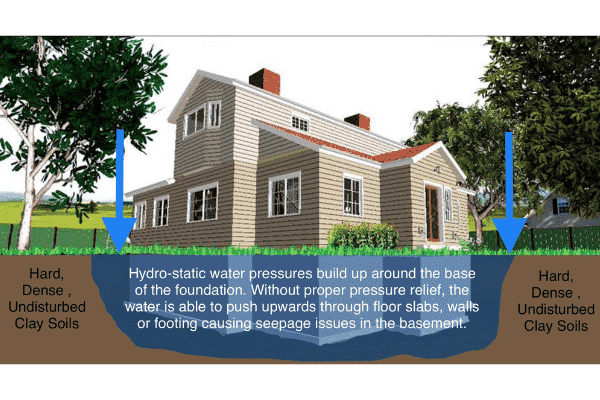 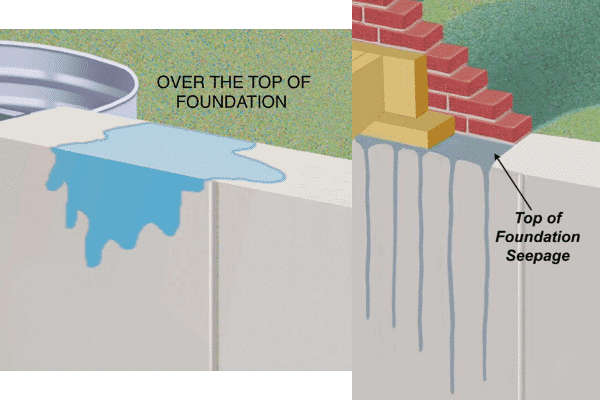 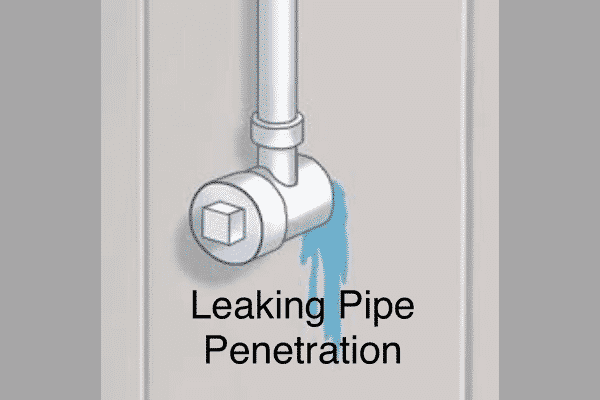