One side of the bridge abutment had very little support from surrounding soils due to the natural drop of Willow Creek. The best repair would be to hold the retaining walls in place with helical tiebacks. The design called for installing 16 tiebacks, 4 at each side of the bridge.

The village needed the bridge to stay open to allow access to the other side of Willow Creek during construction. In order to create a safe working environment, Atlas employees took traffic safety classes and workers were certified in traffic control. Traffic control was set up each day before the start of work. Two operators, one at each end of the bridge, communicated via walkie talkie to allow traffic over the bridge safely.

Significant scaffolding had to be installed in order to work on the side of the abutments above the water level. An independent licensed structural engineer provided a scaffolding shoring design that remained in place for the entirety of the job.

The first stage of the job involved coring through the concrete abutment wall. The wall was 12” thick and had large steel reinforcement in the areas to be cored. Large circalunar bladed saws with special bits were used to cut through both concrete and rebar.

After the holes were cored, helical lead sections were installed at a 15° angle from the concrete wall. Helicals were driven to their required torque of 4500 Ft-lbs which was achieved at an average length of 30ft for each tieback.

An alternative design method proposed before the start of the project included installing sheet piling at the base of the bridge abutments with large whaler sections to tie them together.

Work began on 06/26/2017 and was completed on 08/01/2017 (unfortunately work was stalled after large summer rains raised the level of the creek by more than 4 feet). The work was completed in four phases—one for each corner of the bridge. After completion of the work, the scaffolding protection and traffic control signage was removed from site so that normal traffic could resume over the bridge. Due to Atlas Restoration's work the bridge that provides access to a school and large neighborhood remained open. Alternative methods of repair would have closed the bridge and restricted access to downtown Rosemont and Interstates 190 and 294 for many residents. 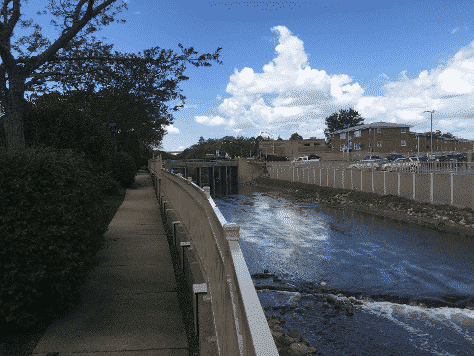 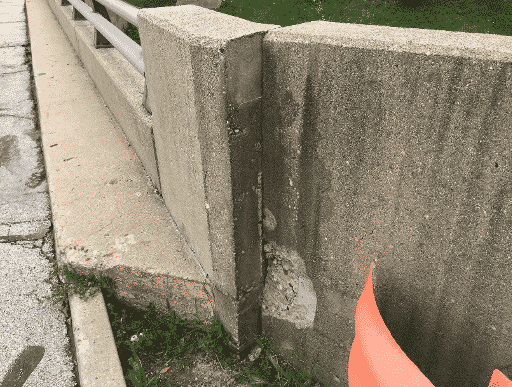 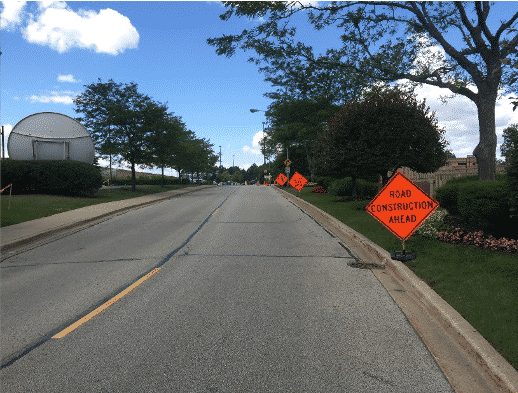 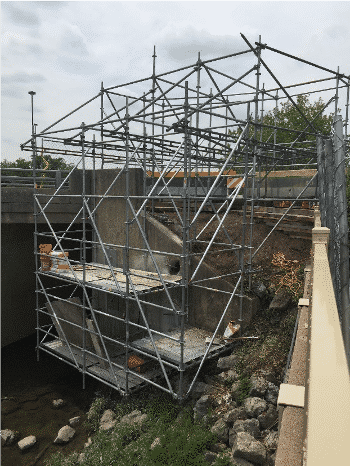 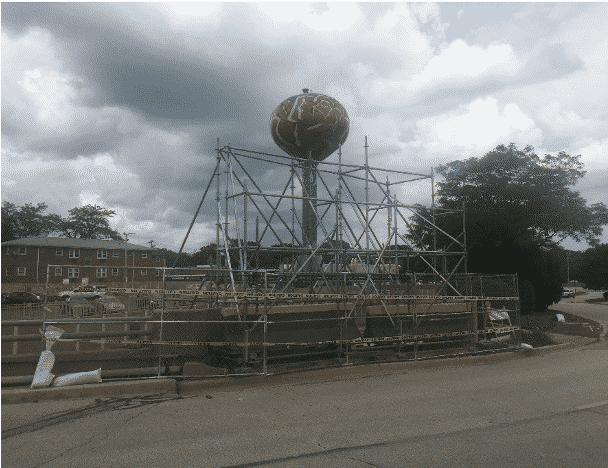 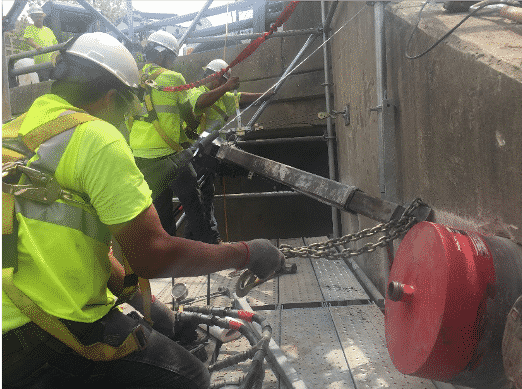 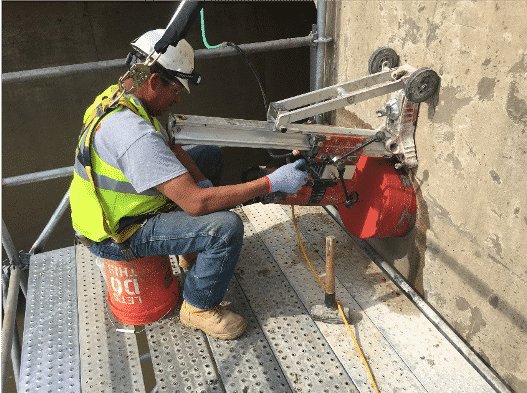 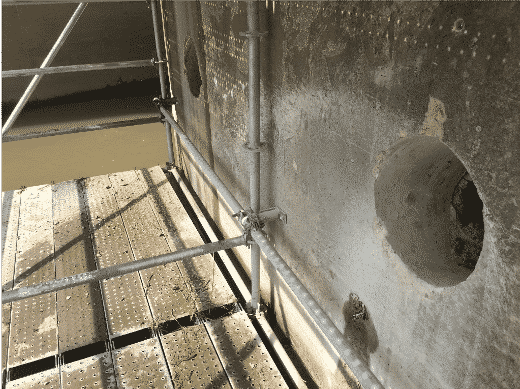